Dr. Topalo provides Natural Healing using combination of conventional and alternative diagnostic approaches. He has developed innovative and effective treatments for restoring health holistically. His goal is to support and encourage the body’s natural ability to heal by providing individualized treatment programs designed to detoxify the body, strengthen and restore your health.

"Health is not everything, but everything is nothing without it", Nietzsche 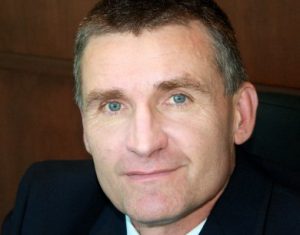 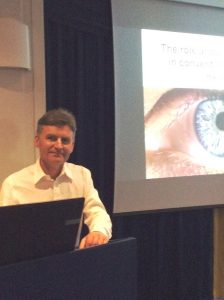 Iridology is the science and practice that permits doctors to identify hidden inherent weaknesses and disorders long before the appearance of the actual symptoms.

Iridology investigates the delicate structures of the iris of the eye. The iris is connected to every organ and tissue of the body by neural pathways. Nerve fibres in the iris change the iris structure in response to the changes in the body tissues. By ‘reading’ these changes in the irises, it is possible to efficiently identify weaknesses in the body, assess vitality and to ascertain stress levels and toxic settlement, as well as the patient’s response to treatment.

Iridology has tremendous prevention value, allowing doctors to deal with disorders in their early stages of development which are much easier to treat than well advanced pathologies.

Iridology eye charts (as seen above) illustrate the connections between the ‘sign’ presenting in the iris and the corresponding organs or tissue.

Thus, Iridology is a unique, quick and painless, radiation-free method that exhibits the health of the entire body panoramically.

Iridology has been an officially accepted conventional diagnostic tool in the Russian medical and health care community since 1984.

INITIAL CONSULTATION: 60-90 minutes. During this session, Dr.Topalo will provide in-depth iridology examination, analysis of the skin, pulse and tongue. You will also be required to fill out a comprehensive intake form. Health and family history will be discussed. Based on the findings of the iridology assessment and the physical examination (if any), Dr. Topalo can determine and identify the areas of strength and weakness in the body, the toxicity levels, the stages of inflammation and the stress levels. As well, please advise about any medications you have taken in the last 12 months. Please bring with you any available medical records and provide the results of any medical tests you have had in the past year.

FOLLOW-UP VISIT: 60-90 minutes. Session may include another iridology examination, treatment recommendation and counselling. The number and frequency of visits will depend on your condition. 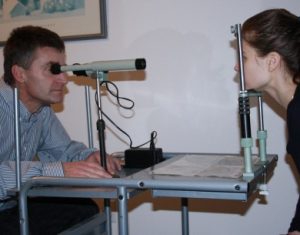 Benefits of on-line consultations are:
• eliminates the need for travel and the expenses associated with travel
• allows a patient to enjoy the process from the comfort of their home, reducing stress, especially for those who live in remote areas
• facilitates the continuity of treatment if the patient has moved to another country
• eliminates ‘office consultation anxiety’ to which some patients are prone 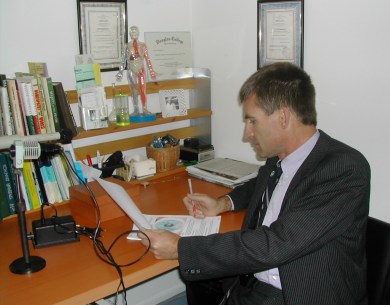 What Our Patients Have to Say

For a number of years I was experiencing diverse number of symptoms of hormonal dysfunction, stomach problems, migraine headaches, lack of energy (you name it); however, every time I visited the “regular” doctor’s office, I would leave with different “trial” medication for each individual symptom, and of course, would only end up having awful side-effects and not feeling better at all.

Then a friend of mine referred me to Dr. Topalo. Right away, I knew that Dr. Topalo had my best interest at heart. He was looking at the whole picture of my well-being, not only the obvious symptoms, but family history, my medical history, my energy levels, and both physical and psychological aspects of my health. He took time to understand my personal goals and formed the detailed treatment for me to get better. Within first few weeks I started noticing the positive shift in my energy, feeling better, and disappearance of some of the problems I’ve experienced until then. His treatments have no negative side-effects at all, if anything, it’s quite the opposite. After each treatment I feel more relaxed, but at the same time refreshed and re-energized. I have to say that after more than 6 months of visits with Dr. Topalo, I just simply feel that I’ve been given the second chance at health.

I was keeping my wife a company, while she attended the first diagnostic session with Dr. Topalo. This was enough for me to realize that this is the person who truly does what all Doctors should be doing. Even though I was physically healthy and had no symptoms of any illness per say, in the last few years I’ve experienced a huge plunge in my energy. I had no motivation to do anything and was seriously worried that I was falling into depression. After starting the treatment with Dr Topalo, I’ve instantly noticed the difference in my energy and positive mood. Even more recently, as few unfortunate events occurred in my immediate family, Dr Topalo’s treatments have helped me stay optimistic and made me recover much faster. I really appreciate it and would recommend his treatments to everyone.

I wholeheartedly credit Dr. Topalo and his many advanced alternative remedies and therapies in making my health almost perfect again after a series of unfortunate medical situations that seriously threatened my wellbeing. I was headed in the direction of leukemia, a cancer which had already taken two of my siblings before he cured me entirely with natural, non-invasive and non-damaging remedies. In addition, he was able to later cure my severe headaches and back pain due to a debilitating accident. He is my primary caregiver. I take great comfort in paying directly for his services and remedies knowing that I am not being sold chemicals and pharmaceuticals that will just make me more ill in the long run. You are in “good hands with Dr. Topalo…”